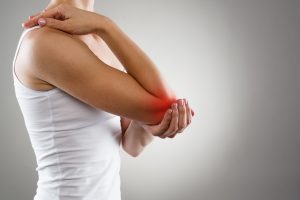 Chronic pain causes severe pain in your body; however, it does not only affect your body but also your feelings and your quality of life.  It can have a negative impact in your relationship, your overall mood, and your memory.  This condition can eventually lead to depression, severe anxiety, and various emotional issues.  It is a debilitating condition that millions of people had to face every day.  While some medical facilities in Las Vegas will prescribe you a medication to mitigate the condition, it will not be enough to entirely manage the symptoms.  Living under this condition can truly be a challenge.

The Effect of Chronic Pain on our Daily Life

People who have to face this debilitating chronic pain can become impatient, short-tempered and irritable.  They have to go through a significant amount of effort just to face the day.  They will constantly lose their focus, and their ability to seek for a solution will be greatly reduced even to the fairly ordinary issues.

After sometime, the person suffering from chronic pain will be drained with energy and their motivation.  They will often try to reduce their socialization in their environment to reduce the stress they are experiencing and the amount of energy used they need to react with their surroundings.  This people will gradually develop emotional problem such as depression and anxiety.  They will exert too much effort to simplify their lives, limit their interpersonal conversation and lose their focus on mundane tasks.  Those with a long-term pain will often find a quiet and isolated environment.  Getting some sleep can make it less disturbing which is why it is so common for them to have up to 10 hours of sleep per day.

There are also studies that supports that chronic pain can affect the function of the brain and the connection of our nerve cells.  The cells found in the spinal column particularly the section that process emotion can deteriorate much faster.  This is why it is harder for them to react to the changes in their environment and process different things at the same time.  At this point, sleeping can also become a challenge since the part of the brain that manages sense-data is also affected.

Chronic pain if left untreated can lead to various severe conditions which are why it is essential for you to visit a specialist in Las Vegas to address the pain while it is still in its early stage.  The earlier the treatment is started, the lesser the pain that you have to go through.

Are you experiencing chronic pain in your wrist, elbows, or hands? Contact us today to schedule a consultation!

What do I do if there is bleeding through my dressing?
Following surgery, you may have bleeding through the dressing that I put on at the time of surgery. Often this is about the size of a quarter or maybe even just slightly larger. Please don't remove the dressing, but reinforce it. This would involve p... Learn More