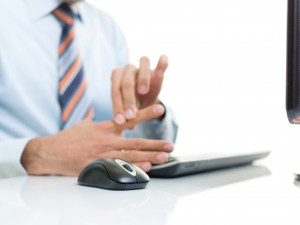 Trigger finger is a condition that affects mostly the thumb, middle or ring finger. It causes these fingers to lock in such a way that you cannot move or bend them. It is usually quite painful and may affect someone a lot more in the mornings. Basically, the condition is caused by the inflammation or irritation of tendons which are connecting tissues found in the fingers. The tendons and the muscles in the fingers are what enable someone to bend it or move the fingers. This is why their inflammation causes such pain and stiffness since without them the finger cannot move. The inflammation may be caused by strenuous activities or illnesses such as gout, arthritis and diabetes. Most of the time, elderly people and people who farm are most likely to get trigger finger.

The finger or fingers become very stiff, and when you try to move them, it becomes very painful. This may be on one hand or both hands on different fingers.

Normally when you stretch your fingers or any other joints, you may experience that little popping sound. However, in the case of trigger finger, this sensation is more pronounced, and it may be accompanied by pain.

Due to the inflammation of the tendons, the affected finger or fingers may develop a bump at the bottom of the finger. This bump may feel a bit tender and soft, but if you squeeze it, it may be painful. In advanced cases, the whole finger may become swollen and very painful.

The symptoms of trigger finger are usually more pronounced in the morning or on cold nights. They may reduce as time goes by, but you may realize that you will not manage a lot of movement using the affected fingers.

Most people do not pay much attention to trigger finger since it simply stretches itself out after some time. However, some cases are usually more serious especially when it affects more than one finger consecutively; in this case, one is advised to go to the hospital. There are various options that the doctor may use to treat the conditions such as splinting so as to stretch out the finger.

There are also steroid injections that are injected into the finger and what it does is that it reduces the inflammation causing the tendons to heal and straighten over time. One may have just one injection or two if the first does not completely cure it. You may also be given the option of surgery where a small cut is made in the finger, and the tendon sheath is widened.